Below you will find our latest news and blogs. 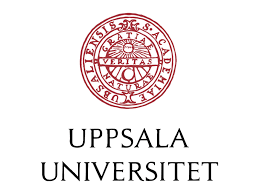 The complexity of Northern European wind conditions and new grid requirements for wind farm control challenge the state of industrial wind farm modelling. High-fidelity large-eddy simulation (LES) is considered the most accurate tool for such applications. However, the large computational demand limits the use of LES to fundamental academic studies. The lattice Boltzmann method (LBM) states an alternative to classical LES models and offers significantly higher computational efficiency. Already now, LBM-LES is replacing lower fidelity models in various industries. This project will close remaining gaps in the wind-energy-specific modelling capabilities of LBM models. The resulting LBM framework will finally bridge the gap between academic high-fidelity modelling and the industrial practice. This holds the potential for notable uncertainty reductions in power and load estimation that will directly benefit a resource and cost-efficient wind power development.

The goal of the project is to develop and validate a GPU (Graphic Processor
Unit) -based LBM-LES (Lattice-Boltzmann Method - Large Eddy Simulation)
technology as a basis for new calculation methodology.

The purpose of this calculation methodology is to enable advanced simulations of
wind turbines in typically Swedish conditions with performance that is relevant to
industry. This means cost reduction of calculation time of two
orders of magnitude compared to classic LES models. 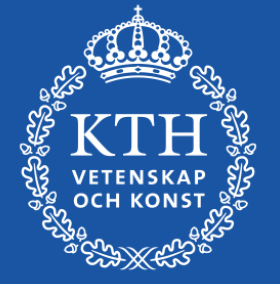 The purpose of the project is to use innovative computational methods and take advantage of physics-informed neural networks (PINNs) to study the ageing of power components in a wind farm and find possible applications for their reuse. The goals of the project are to: - use PINNs to predict the component ageing - study potential good applications for the method - identify methods for monitoring older components to ensure the system´s safety

Expected results: - well-trained PINNs, which help to define and predict ageing of power components in a wind farm - proposed strategies for reuse and upcycling of power components in new applications - discuss possible reliability impacts of the new application Expected effects: - novel end of life management strategies can reduce negative climate impacts of the renewable energy development - Swedish and international businesses will be able to use our methodology to reduce capital investment on wind farms as well as get extra return on investment after wind farm decommissioning

This project has started on the 1st of November 2021 and will continue until the 30th of June 2026. The project will consist of 7 working packages. 1st working package will focus on identifying key assets for the study. WP 2 and 3 will be oriented towards the development of PINN methods and will compose the longest project stage. WP 4,5 and 6 will test the methods on several case studies and suggest possible new applications for the assets as well as give an economic evaluation of the results. WP 7 will focus on communication and dissemination of the project results.

Abstract:
The lattice Boltzmann method (LBM) sees a growing popularity in the field of atmospheric sciences and wind energy, largely due to its excellent computational performance. Still, LBM large-eddy simulation (LES) studies of canonical atmospheric boundary layer flows remain limited. One reason for this is the early stage of development of LBM-specific wall models. In this work, we discuss LBM–LES of isothermal pressure-driven rough-wall boundary layers using a cumulant collision model. To that end, we also present a novel wall modeling approach, referred to as inverse momentum exchange method (iMEM). The iMEM enforces a wall shear stress at the off-wall grid points by adjusting the slip velocity in bounce-back boundary schemes. In contrast to other methods, the approach does not rely on the eddy viscosity, nor does it require the reconstruction of distribution functions. Initially, we investigate different aspects of the modeling of the wall shear stress, i.e., an averaging of the input velocity as well as the wall-normal distance of its sampling location. Particularly, sampling locations above the first off-wall node are found to be an effective measure to reduce the occurring log-layer mismatch. Furthermore, we analyze the turbulence statistics at different grid resolutions. The results are compared to phenomenological scaling laws, experimental, and numerical references. The analysis demonstrates a satisfactory performance of the numerical model, specifically when compared to a well-established mixed pseudo-spectral finite difference (PSFD) solver. Generally, the study underlines the suitability of the LBM and particularly the cumulant LBM for computationally efficient LES of wall-modeled boundary layer flows.

The bi-annual Wake Conference has gathered researchers within the field of wake interaction and flow modelling since more than ten years both on - and offshore. The conference is usually at Uppsala University Campus Gotland, which is located on the island of Gotland in the World Heritage city of Visby.

Here you can watch the webbinar about the national strategy for wind power in Sweden March 2021 (only in Swedish).

Wind farm blockage is a multifaceted phenomenon consisting of a combination of several effects spanning from the induction of individual wind turbines to large-scale atmospheric conditions that control mixing and flow patterns.

Due to the complexity, there is a lack of consensus in the industry in how blockage should be calculated. The models that are applied have varying ability to handle the different parts of the problem. The overarching goals of the project are to create an increased understanding of the underlying phenomena that create wind farm blockage. This includes identifying the most important effects, quantifying its potential impact on blockage, and evaluating the models and methods required to calculate expected blockage on a future wind farm.

This project will be of great importance to the industry's ability to assess third party calculations of blocking effects of which they are highly dependent and where there is great uncertainty today.

Wind power has grown strongly in recent years and is expected to continue to increase significantly. Solar power is also expected to increase. In a power system, a continuous balance is maintained between production and consumption. In the Nordic power system, this is currently handled mainly by hydropower. With large amounts of wind and solar power, it will be a challenge to maintain this balance.

The system becomes more volatile with changing conditions between different states. Even in this system, the continuous balance between production and consumption must be maintained. At present, in 2020, there are several different support services for balancing, which affect each other: FFR, FCR, aFRR, mFRR, time shift trading etc.

The aim of this project is to estimate future imbalances and the need for support services. These will vary from hour to hour in a future, entirely renewable, electricity generation system. The basic system has much higher consumption, and more flexibility.

Be a part of influence the future for wind power 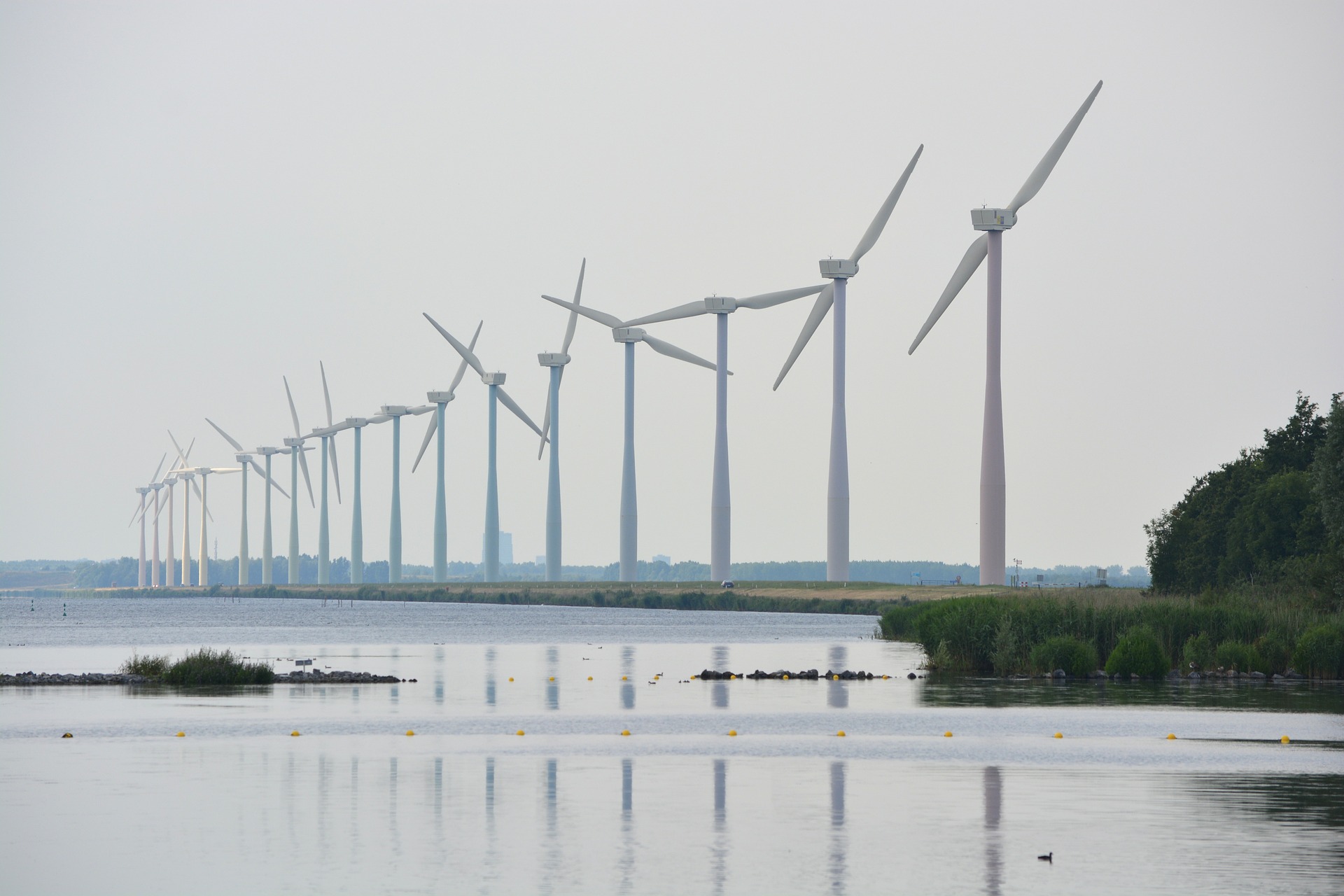 Study the master’s programme in wind power project management at Uppsala University.
Watch a short movie about the programme:
https://youtu.be/b4oRz_27uec
The one-year and two-year Master's Programme in Wind Power Project Management at one of the world's top-ranked universities combines management and technology as well as natural and social sciences. It prepares you for a promising career in the global wind power industry. Wind power development is rapidly increasing around the world seeking to meet renewable energy needs as well as achieving future low-carbon economy and environmental goals. There is a strong demand for qualified professionals to lead interdisciplinary wind power projects.
More information about the programmes at Uppsala University webbsite: